A properly placed and laid out prop table is an invaluable help to the cast of a show, as they often need to get on stage quickly and in the dark, and just don’t have the time to go looking for their props. This post will cover some of the elements of a good prop table.

The table (or tables) is generally placed offstage where it will be out of the way of scene shifts and crowd movements, but the important thing is that it be easily and readily accessible by actors in costume, especially if they have to leave the stage and come back quickly with a prop. The table also needs to be accessible on the way out, so the actors can replace their props on it after their scene.

In the case of prop-heavy shows, of course, you may need more than one table, or one table on each side of the stage, or even multiple tables. Several years ago I propped a production of Forever Plaid: Plaid Tidings, which had so many props — which had to be grabbed quickly — that we all agreed on placing them on shelving units just offstage, instead of on tables.

A prop table can be any size needed, but a 30″ x 6′ folding table seems to be common. It’s large enough to hold multiple items, but small enough to not (usually) get in the way.

Generally, the top of the table is covered with butcher paper and marked off in “blocks,” each one holding one prop. The name of the prop, and sometimes the act and scene, plus the name of the character, are then written clearly inside the block to make sure the prop always goes back in the same place. The blocks can be marked off in masking tape or with a thick marker, but the important thing is that they are clearly visible backstage during the show.

I’ve also seen some prop tables where each prop is outlined with a magic marker. This can work too, although I’ve found that the blocks are more practical and allow more space for labeling the prop in it.

Here are two instances I just now found on the web:

Both work well, are easy to see, and are not crowded.

Rather than hitting you with a step-by-step how-to, here are some notes (in no particular order) from years of seeing prop tables and, in one case, running a props department.

A prop table, properly laid out, can be a huge help to the actors, as it will help them feel more confident during the show. A little extra work here will pay off for the actors, the crew, and the audience.

The concept that “form follows function” has been discussed, debated, and argued for many years, yet it’s often taken out of context. In this post, I’m going to explore what it really means and how it applies to theatrical design.

First, here’s the quote in its original context:

“Whether it be the sweeping eagle in his light or the open apple-blossom, the toiling work horse, the blithe swan, the branching oak, the winding stream at its base, the drifting clouds—over all the coursing sun, form ever follows function, and this is the law. Where function does not change, form does not change.”
—Louis H. Sullivan (1856-1924), in The Tall Office Building Artistically Considered, first published in Lippincott’s Magazine #57 (March 1896) pp. 403-09.

Unfortunately, for some reason, that idea is sometimes misinterpreted to mean that the design of an object can either be functional or aesthetic, but not both at the same time. In the case of stage sets, I’ve even seen directors question whether a “functional” set that physically supports the action can be attractive, or the other way around. But Sullivan didn’t mean that they can’t be, and it has been proven many times.

For instance, let’s look at an extreme case of a form following its function — a great white shark:

As Matt Hooper (Richard Dreyfus) said to Mayor Vaughn (Murray Hamilton) in Jaws, “…what we are dealing with here is a perfect engine, an eating machine. It’s really a miracle of evolution. All this machine does is swim and eat and make little sharks, and that’s all.” This animal is all business, yet its form — sleek, graceful, and built for speed — is actually very elegant.

Now let’s look at a bridge, a structure whose only function is to allow people and goods to cross an obstacle such as a body of water. Here’s the Golden Gate Bridge, which totally fulfills its function, yet is very elegant:

Just a few miles away (until it was replaced), was the original eastern portion of the Bay Bridge, going from Yerba Buena Island to Oakland. This structure fulfilled its function too, but it wasn’t very sleek or attractive.

Warplanes are designed for one specific purpose, and, like the shark, they’re all business. All the money goes into the machine’s function — there’s no ornamentation in the designs. This plane, a Fairchild Republic A-10 Thunderbolt (aka a “Warthog”) certainly fulfills its job description, but it’s not very attractive: 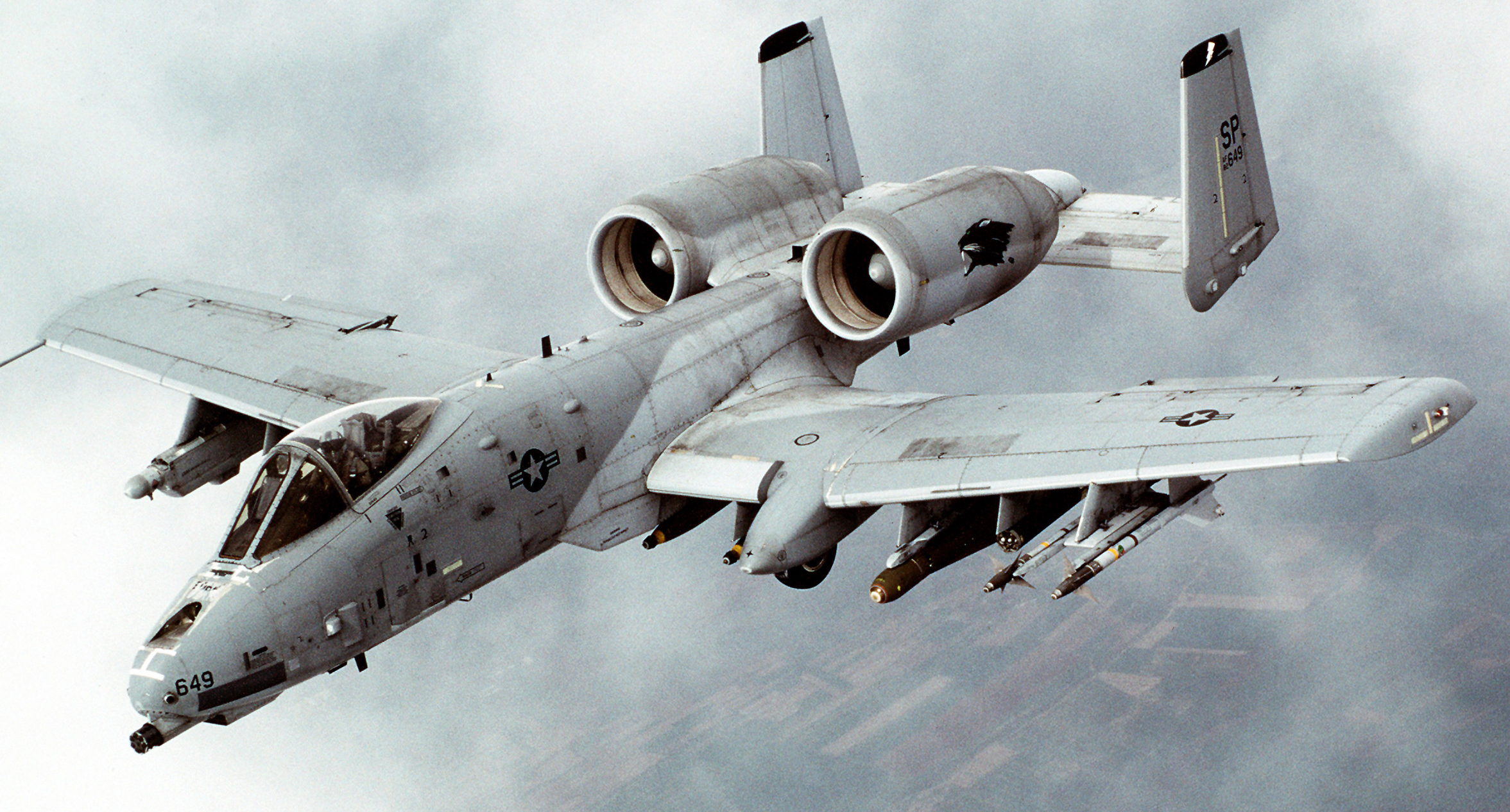 Yet this one, a McDonnell Douglas F/A-18 Hornet (as used by the Navy Blue Angels), is all business too, but is very sleek and elegant:

I think we can safely say that, in the case of three of the photos above, an object can totally fulfill its intended function and still be attractive and elegant. That’s where Sullivan was going: an object’s form has to follow its function, but that doesn’t mean it can’t be attractive too. We’ve all seen products that don’t work as advertised, and I have to believe it’s partially because the designers didn’t really understand what the products were supposed to do.

In the case of a stage set, we can (and should) start by considering the real needs of the story, and by understanding what the characters have to do and why they have to do it. That’s what helps us create a space that supports the story. As Lindsay Price said in The answers are in there, the dialogue (and not necessarily the stage directions) can give us a lot of information about this.

Then, once we have accounted for the physical needs of the story, we can get really creative and focus on the visual elements that help define the space as what it is and clue us in as to who the characters are.

For instance, in Neil Simon’s The Odd Couple, we can create a very nice, upscale, attractive apartment which has been pretty much trashed by Oscar after his wife moved out and took most of the furniture and artwork. That contrast, between what was once obviously a very nice home and what it is now, can tell us volumes about Oscar even before the play begins.

On the other hand, Simon’s California Suite, which takes place in two adjoining rooms at the Beverly Hills Hotel, wants to start out as two clean, elegant, expensive hotel rooms.  At the start of each segment, the rooms don’t tell us anything personal about the couples who stay there, but they do tell us about their social class, since they can afford to stay at the ritzy hotel.

One final example — here’s an item that has one and only one function, which is to tell time, yet the clockmaker was able to create a truly beautiful piece. In this case, form definitely follows function.

This past September I attended the Educational Theatre Association’s annual conference in Las Vegas and sat in on a workshop on script analysis by playwright Lindsay Price. After the workshop, we chatted for a bit about how directors and set designers analyze the scripts, and how we both really look for a lot of the same things even if we’re not always consciously aware of it. We also spoke about detailed stage directions (“John crosses DS and sits down on the sofa.”), and how many of these often show up in published scripts even though most playwrights rarely write them into the play.

One thing led to another, and I asked Lindsay if she’d like to do a guest post here, discussing how playwrights give us information about the story and the characters without resorting to descriptions as used in novels. I was delighted she agreed to do so, and here it is.

The answers are in there

When you create a theatrical set design, one method is to think of the set as another character in the play. The set, through communicating the world of a play, can have many of the same character details: age, era, background, social status. The more specific the communication, the deeper an audience will connect to the play.

Playwrights leave a lot of character clues in the text. We only have the text to communicate our intention to actors and directors. More often than not, a playwright is not in the room giving helpful hints for characterization during production rehearsals.

Here are a couple of character clues that can be found in a play.

The first step is to gather the information about the character in the text. This is done in two ways: facts and inferences.

Facts are unchangeable details. They are always found in the dialogue (not in the character list or stage directions). They are not based on emotions, opinions, or attitude. Think about your own facts: name, age, family members, where you live. If a playwright has put this information in the dialogue, pay attention.

Inferences are educated guesses about a character based on how they act, how they talk, how they behave and how others act around them. If “Sally” talks a lot what does that say about her as a person?  Inferences about a character will change depending on the actor playing that role. One actor may see “Sally” as friendly, while another may see her as insecure. Both interpretations are valid.

Playwrights build a language profile for each character and these details act are a direct line of communication from playwright to actor. When a playwright defines how a character talks, this gives an actor clues for how to perform the character. If “Sally” speaks with a lot of exclamation points, that suggests an energy to her personality.

Another clue is when the sentence structure changes. Once a language profile is established, a playwright can easily signal subtext (perhaps a secret, or a lie) for a character by changing the structure. If “Sally” speaks energetically throughout the play, except for one scene where she is monosyllabic and clipped, something has happened to the character that may not be spelled out in the dialogue.

If you’re in search for an answer about a character,  it usually can be found in the text. Look for the clues the playwright has planted in the dialogue, either through the content of the line or the sentence structure, and you’re well on your way to fully communicating with your audience.

© George F. Ledo and setdesignandtech.wordpress.com, 2015-2017. Unauthorized use and/or duplication of this material without express and written permission from this site’s author and/or owner is strictly prohibited. Excerpts and links may be used, provided that full and clear credit is given to George F. Ledo and setdesignandtech.wordpress.com with appropriate and specific direction to the original content.
%d bloggers like this: